“Four good things had happened to her, in fact, since she came to Misselthwaite Manor. She had felt as if she had understood a robin and that he had understood her; she had run in the wind until her blood had grown warm; she had been healthily hungry for the first time in her life; and she had found out what it was to be sorry for some one.”

Mary Lennox had a rather trying day, just as she was beginning to warm up to the peculiar Misselthwaithe Manor. She had encountered a fair amount of small setbacks with her garden, Colin had been very cross this morning and she hadn’t seen her colorful little friend, the robin red-breast. She had come along back inside and pouted alone in her nursery until Martha came up with her tea, hands across her small chest and her mouth set in a cross line; without speaking a word even after Martha had wished her a happy after noontime. Martha, having waited on Miss Mary Quite Contrary for some weeks now, was little surprised by this affected attitude and went on about setting the table with small dishes as usual. 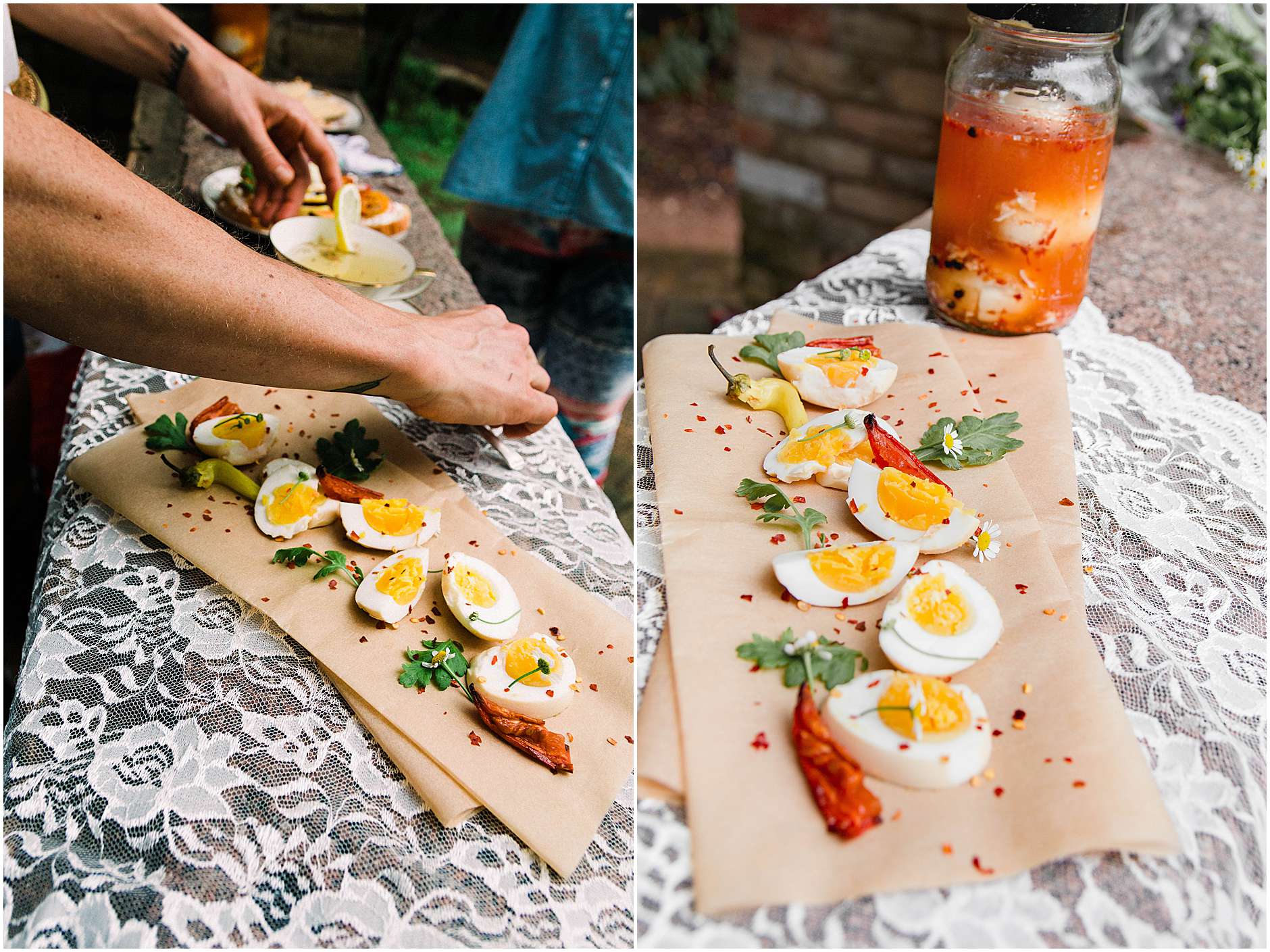 About halfway through setting out the meal, Martha’s eye started to gleam with mischief. She plonked the jar of pickled eggs down on the table with quite a bit of aplomb and sat back on her heels, eyeing young Mary. She would admit it to very few people how fond of the contentious little girl she had grown. Mary stared back, wondering what had gotten into her servant. “You know what would be just grand? A tiny picnic to eat out of doors on your very own piece of earth!” Martha exclaimed to Mary. Mary looked at her questioningly but Martha continued, “Why I have these yummy pepper pickled eggs (which I just made myself a few days ago and I’m not being conceited to say that they are quite the treat), a few bits of crusty bread with homemade cheese and jam, and even a small salad. It will be a feast for you and we can wheel young Collin out and perhaps I can even rustle up Dickon!” Mary dropped her arms slowly as Martha spoke, forgetting her anger as Martha’s excitement became quite infectious. 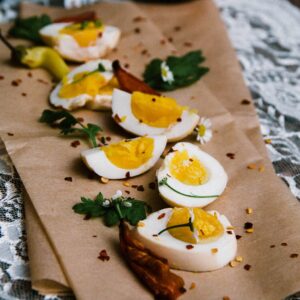