“Once upon a time in Spain there was a little bull and his name was Ferdinand. All the other little bulls he lived with would run and jump and butt their heads together, but not Ferdinand. He liked to sit just quietly and smell the flowers.”

He had a favorite spot out in the pasture under a cork tree. It was his favorite tree and he would sit in its shade all day and smell the flowers. Sometimes his mother, who was a cow, would worry about him. She was afraid he would be lonesome all by himself. “Why don’t you run and play with the other little bulls and skip and butt your head?” she would say.

But Ferdinand would shake his head. “I like it better here where I can sit just quietly and smell the flowers.” His mother saw that he was not lonesome, and because she was an understanding mother, even though she was a cow, she let him just sit there and be happy. 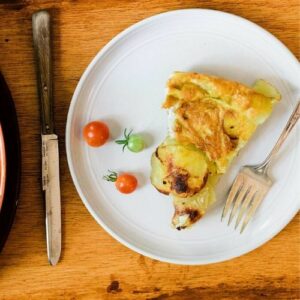